The firm consists of John R Whitesides, EA whose responsibilities are tax preparation and consulting. Lisa Foley is in charge of the bookkeeping department and assists with tax preparation. Shirley Myers is the office manager and administrator.

Paul Whitesides returned from World War II service in the China theatre in 1946. He was a Chinese translator with the rank of Army Captain. He then went to work for Coopers and Lybrand and earned his CPA license. He left Coopers to be the Controller of what is now the University of the Pacific Dental School in San Francisco. Paul started his own CPA practice in 1953 (some of the young dentists were his first clients.) The rest, as they say, is history. Paul continued his practice until he retired in 1988 and sold the practice to his son, John. Paul passed away on December 4, 2012, at the age of 91.

John Whitesides, EA, has been involved in the tax business his entire life. John started by assisting his father with tax returns when he was in high school. He worked for his father from 1978 to 1982. In 1982 John started his own tax practice. Linda, his wife, was the office manager. When his father retired in 1988, John took over the practice.

In the off season, John is an avid scuba diver. He enjoys cruising and traveling with Linda. He also likes spending time with his daughter and 4 grandchildren.

Shirley Myers, Office Manager, has been in the accounting field for over 30 years. She enjoys doing the main office work (what most people call the boring stuff) like filing, making copies of documents, etc. She enjoys helping co-workers and speaking with our clients. “You never know what will come up, so each day is different.”

Shirley is a very talented crafter. She likes to work on plastic canvas, crochet items like scarves and afghans, and make necklaces, bracelets and a few earrings. Most of all she likes to spend time with her dog, Twinkle. Shirley and Twinkle can be seen taking long walks at least twice a day around her apartment complex.

Mascot (She Who Runs the Office on Wednesdays & Saturdays): 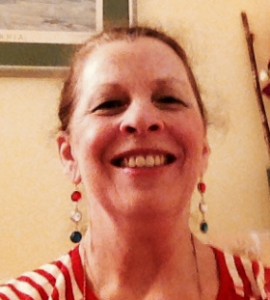 Linda Whitesides has been the office manager since 2005. She has the enviable duty of keeping the tax preparers organized and on track, while making sure our clients are treated in a friendly and professional manner.